Home » About » Our Founder 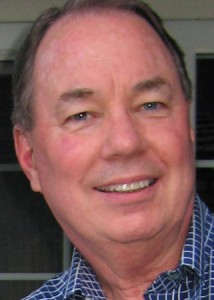 Jack R. Loew was founder and President of J. Loew & Associates, Inc. until his death in 2014.  Mr. Loew was an integral part of the Chester County real estate community since founding Hough/Loew & Associates in late 1970s. Reserved and modest, Mr. Loew was known as a person who led not so much in words as in attitude and actions with an established reputation as a fair, innovative and honest businessman.

Mr. Loew studied architecture at Carnegie Mellon University before transferring to Washington University in St. Louis, Missouri where he graduated in 1969 with a degree in Business Administration.

While Mr. Loew spent the early part of his career designing and manufacturing interior cabins for passenger trains, Mr. Loew’s desire to participate more in the local community drove him to focus on the land acquisition and development.  In 1976, Mr. Loew founded Hough/Loew & Associates, now J. Loew & Associates, originally based in Merion and later moving to Exton.  The company initially centered around designing and construction, offering potential building owners a single organization within which a project could be developed, with cost effectiveness, from conceptual design through final construction. By 1987 the business had grown to over $30 million in revenue, without advertising itself in anyway, but rather by reputation alone.  Since its inception the company has developed many properties, including twenty office and industrial parks and twelve retail centers, all of which have become home to a significant portion of the suburban Philadelphia business community.

One of Mr. Loew’s greatest passions was his involvement in philanthropic pursuits. He was the benefactor for Exceptional Care for Children in Newark, Delaware, a facility devoted to palliative care for terminally ill children.  He has given generously to Friends Association for the Care and Protection of Children in West Chester; Safe Harbor in West Chester, an organization providing food and shelter to the homeless; as well as many other charities.